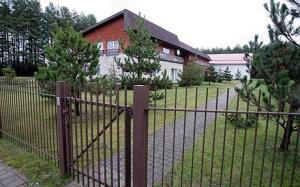 A former horse riding school in Lithuania was turned into a secret prison for al-Qaeda operatives. It had been suggested for years that the CIA operated secret prisons for the illegal torture of suspected enemy agents. In investigations by ABC News, Lithuanian government officials and unnamed former intelligence operatives, the CIA built the secret jail in 2004 and used it for more than a year, flying in at least eight suspected al-Qaeda terrorists from Afghanistan.

One Response to “Secret US Prison Revealed”

« US Army Tests for ESP in Animals.
Loading Comments...